Our advisors have extensive experience in sciences finance, corporate compliance, investment markets, medicine and research. The combination of expertise allow us to best advance immuno-oncology research. 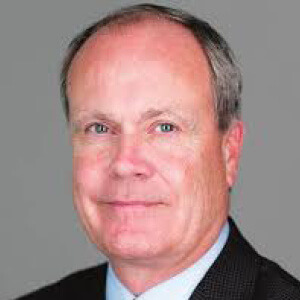 Tim is the former President of Time Customer Service, Inc. (TCS) and was responsible for all TCS activities conducted on behalf of Time Inc. TCS employs 700+ people and occupies in excess of 300,000 square feet of office and light industrial space. TCS’s primary responsibility is the fulfillment of subscriptions for the Time Inc. family of magazines, the National Geographic Society, American Express, Kiplinger, National Wildlife, Wenner Media, Foreign Affairs, Smithsonian, and The Week.

Tim serves as the Chair of Moffitt Cancer Center Institute Board of Directors. The Institute serves as the parent corporation and primary planning entity for the Moffitt Cancer Center system, which includes three other not-for-profit subsidiaries – a hospital, foundation and physician practice group – and two for-profit subsidiaries – a technology commercialization corporation and a biotech research corporation. As such, Institute Board (Parent Board) members establish the system-wide mission, strategic plan, and operational and financial standards and policies. It also coordinates system affairs.

Dr. Duyk is a Partner of Circularis Partners, an investment firm focused on supporting technology-enabled companies that advance the circular economy, promote sustainability, and enhance resource efficiency. Circularis is a sub-advisor to the TPG Alternative & Renewable Technologies (ART) fund. Prior to Circularis, Dr. Duyk was the Managing Director and Partner of TPG Alternative & Renewable Technologies (ART)/TPG Biotechnology from 2004 to 2017.

Prior to joining TPG, Dr. Duyk served on the Board of Directors and was President of R&D at Exelixis. Prior to Exelixis, he was one of the founding scientific staff at Millennium and served as Vice President of Genomics. Prior to his tenure at Millennium, Dr. Duyk was an Assistant Professor at Harvard Medical School (HMS) in the Department of Genetics, and an Assistant Investigator of the Howard Hughes Medical Institute (HHMI). While at HMS, Dr. Duyk was a Co-Principal Investigator in the National Institutes of Health (NIH) funded Cooperative Human Linkage Center.

Dr. Duyk holds a Ph.D. and M.D. from Case Western Reserve University. He completed his medical and fellowship training at the University of California, San Francisco (UCSF). While at UCSF, Dr. Duyk was a fellow of the Lucille P. Markey Foundation and was also awarded a post-doctoral fellowship from HHMI. He is a Fellow of the American Association for the Advancement of Science. 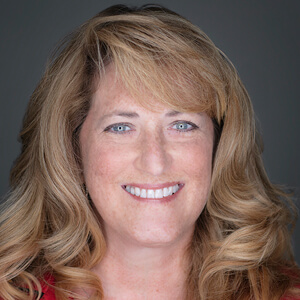 Donnetta Horseman is the Chief Compliance Officer at H. Lee Moffitt Cancer Center and Research Institute in Tampa, Florida where she oversees the development, implementation, and management of the day-to-day operations of the Corporate Compliance Program. Prior to joining Moffitt, she was the VP for Business Integrity and Corporate Responsibility Officer for CaroMont Health (Gastonia, NC), with direct responsibility for developing, implementing, and communicating a system-wide corporate responsibility program. 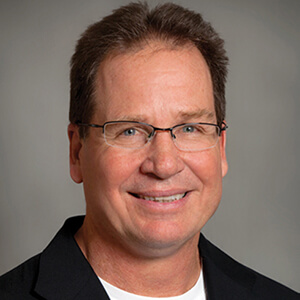 Prior to his current position, Dr. Letson served as the Chair of the Sarcoma Department at Moffitt. He is a professor of Surgery, Radiology and Orthopedics at the University of South Florida and holds the position of Senior Research Fellow NDORMS at the University of Oxford.

Dr. Letson received his medical degree and completed an orthopedic residency at Louisiana State University in New Orleans. He also completed a fellowship in Musculoskeletal Tumor Surgery at Harvard Medical School in Boston. He has extensive clinical experience in the areas of pediatric and adult limb salvage in both bone and soft tissue tumors. His clinical interests have a strong scientific focus in the development of tumor prosthesis.

Dr. Letson has a reputation as a leader in medical education, and he lectures nationally and internationally on this topic. He has started multiple educational courses world wide in medical education and leads a course at the University of Oxford. He is an active member of the American Academy of Orthopedic Surgeons (AAOS), the American Orthopedic Association (AOA), the Musculoskeletal Tumor Society (MTST), the Connective Tissue Oncology Society (CTOS), the Children’s Oncology Group (COG), and the International Society of Limb Salvage (ISOLS). Dr. Letson has served on the editorial board of several orthopaedic journals, including the Journal of the National Comprehensive Cancer Network and the Cancer Control Journal.

Dr. Mulé is the Associate Center Director for Translational Science, the Michael McGillicuddy Endowed Chair for Melanoma Research and Treatment, and Scientific Director of Cell Based Therapies at the Moffitt Cancer Center. Dr. Mulé’s role as Associate Center Director, Translational Science is to act as a facilitator to translate laboratory-based research into viable treatments for cancer patient benefit.

Dr. Mulé, who was designated a “Master of Immunology” by the American Association for Cancer Research, is recognized for his research and clinical trial contributions to cancer immunotherapy, particularly in solid tumors. His clinical research group is involved in developing and validating genomic signatures of immunotherapy response, as well as vaccine strategies (e.g., with dendritic cells) and other approaches (e.g., with adoptive T cells) to recognize and destroy tumors. The translational work in these areas has helped to develop new treatments for advanced cancer patients.

Dr. Mulé serves on Advisory Boards of numerous biotechnology companies and publicly held companies. He remains a long-standing special government employee to the FDA (CBER) and the NCI. He is a member of NCI Subcommittee A – Cancer Centers. He was Chair of the Cellular, Tissue, and Gene Therapy Advisory Committee of CBER, FDA. He currently serves on the advisory boards of several NCI-designated Cancer Centers and was a member of the NCI Director’s Board of Scientific Counselors (BSC-A). Dr. Mulé also serves on the Editorial Boards of several peer-reviewed journals, including Scientific Reports (nature.com), Journal of Immunotherapy, and Cancer Immunology Research (AACR). He has published nearly 200 articles in the areas of cancer vaccines and adoptive immunotherapy and is a continuously funded investigator for nearly 25 years.

Dr. Mulé received a special individual Ph.D. (IPh.D.) degree in Tumor Immunology from the Fred Hutchinson Cancer Research Center and the University of Washington, Seattle, Washington. He then received his formal post-graduate training at the Surgery Branch, Division of Cancer Treatment, National Cancer Institute, NIH, Bethesda, Maryland, where he became a Senior Investigator with tenure. Dr. Mulé moved to Palo Alto, CA, where he helped to launch and scientifically direct two biotechnology companies. He then moved to Ann Arbor, Michigan to become the Director of the Tumor Immunology and Immunotherapy Program at the University of Michigan Comprehensive Cancer Center, the Maude T. Lane Endowed Professor of Surgery with tenure, Department of Surgery, and Professor in the Department of Internal Medicine. 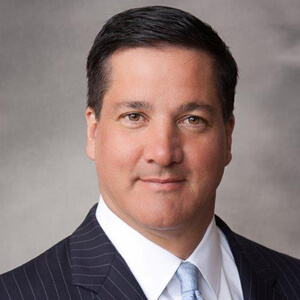 Brian Prince is President & CEO of Hegemon Capital, Inc., a private investment asset manager. Mr. Prince most recently served as President/CEO of Aozora Bank in Tokyo, where he led the bank through the Great East Japan Earthquake, and then as President/CEO of ORIX USA, a diversified financial conglomerate with over $5 billion in assets. From 2000-2003, Mr. Prince served on the Management Committee and was a Corporate Executive Officer at Shinsei Bank, where he played an integral role in rebuilding Shinsei from nationalization to reemergence as an internationally competitive financial institution.

Prior to Shinsei, Mr. Prince built and led Lehman Bros.’ Principal Transactions Group in Asia and was an integral part of Lehman’s NY-based Finance Group.  He holds an MBA in corporate finance and corporate accounting and a BS in optics from the University of Rochester.